6 Things To Do In Cascais, a beautiful and regal Portuguese seaside town.

Cascais is a beautiful seaside town just 30 minutes outside Lisbon. This quaint seaside town was made popular by the Portuguese King Luís I whom took up residency every September from the 1870s. Nowadays Cascais is resided by the Portuguese, foreign wealthy expats and it is a very popular summer holiday destination during the summer months for very good reason. It isn’t called the Portuguese Riviera for no reason.

Here are Activities In Portugal 6 Things To Do in Cascais

Cascais is full of cute boutique shops, you will not find many chain stores mostly unique local owned designer stores. Studies have shown that shopping is good for your health. It boosts your immune system and keeps your brain nimble. Now you know you are doing your mind and body a service there really is no excuse not to hit the shops in Cascais.

Casino Estoril has been open since 1916 and it has an intriguing history. During the Second World War is was reported that spies from both side, the Allies and the Nazis, gathered at this location to socialise and gamble. Not only were there waring countrymen but it also included displaced European Royals. In fact, it is reported that war time spies partied side by side in impartial Portugal. The casino really was neutral ground and a real life 007 film.

The casino today is the largest casino in continental Europe, it has a number of restaurants, cocktails bars and of course gambling games. It definitely should be on the top of your Things To Do In Cascais list.

Carrying on with the James Bond theme, the Hotel Palacio Estoril is famous for being the location of the the 1968 film On Her Majesty’s Secret Service. Not only was the hotel heavily featured in the film but the cast and crew also stayed at the hotel.

The film On Her Majesty’s Secret Service isn’t the only connection to 007 and Ian Fleming. During World War Two, Ian Fleming, a British Spy, actually stayed at the hotel and used the exploits of his fellow spies for the inspiration for the whole Bond franchise. Without the Hotel Palacio and the Estoril Casino maybe the world would not have enjoyed the decades of glamorous exploits of James Bond. You too can still stay at this luxurious hotel and channel the glamour and glitz of 007.

On the door step of the town of Cascais are glorious sandy beaches. The costa of Estoril boasts some of the most popular beaches in the Lisbon area, in fact during peak summer months it is almost like the whole city of Lisbon has decided to hit the beach.

The most interesting beach in Cascais is Praia Da Rainha, meaning the beach of the Queen. The beach truly lives up to its name because it was the private beach of Queen Maria Amelia in the 1880s, during the reign of her husband Carlos, King of Portugal. She was the last queen of Portugal after a military coup, which murdered her husband, established the Portuguese First Republic in 1910. She was then exiled to France, where she decreed “I shall stand my ground,” and she firmly stood her ground, until her death on October 25, 1951.

Do not miss this historical beach on your visit to Cascais, make sure this is on your list of Things To Do In Cascais.

Next on our list of Things To Do In Cascais is Museu Condes de Castro Guimarães. The house was built in 1900 by Jorge O’Neill but after his death the Count Manuel de Castro Guimarães acquired the building. His desire was to build an art museum and a public library which he succeeded, the museum art collections includes Portuguese and foreign paintings, furniture, porcelain and jewellery. The main attraction of the museum today is a 16th century manuscript that depicts one of the oldest images of Lisbon.

Cabo Da Roca is one of the top tourist attractions in the area. The wild and rugged land point is the most western point of Europe, visitors can even get a certificate as a souvenir. The barren cliffs reach up to 140m above sea level and is often referred to as the “edge of the world”! The fort played an important role in guarding the entrance to the Lisbon estuary during the 17th century. Catch bus service route 403 from Cascais to enjoy this spectacle of raw beauty.

Thanks for reading Things To Do In Cascais ! 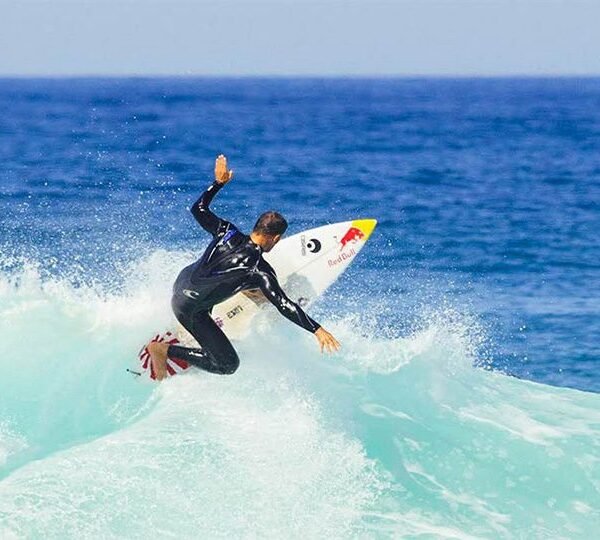 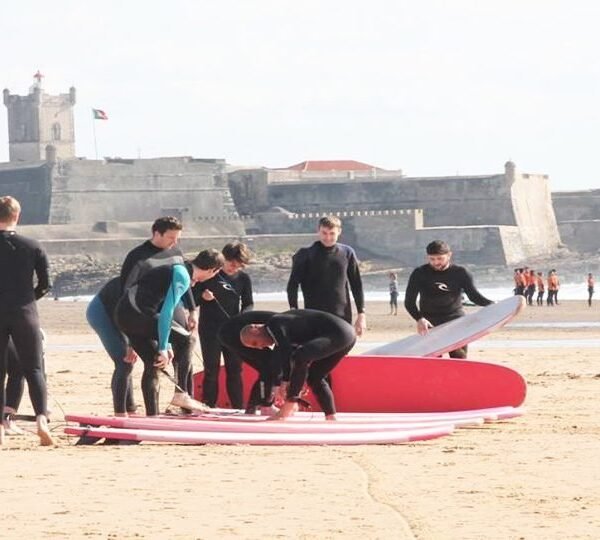 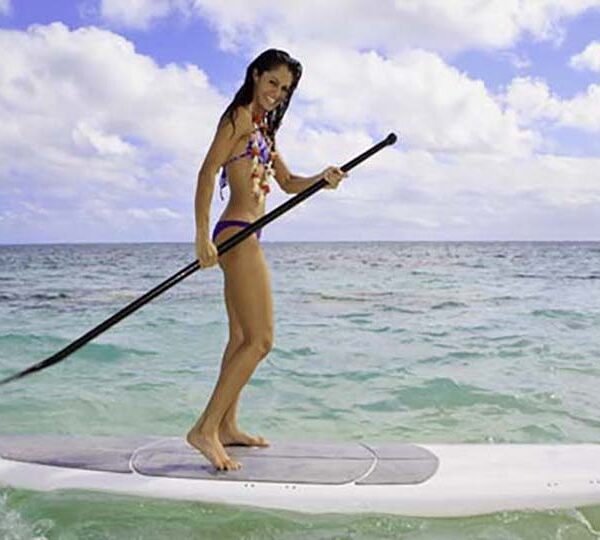 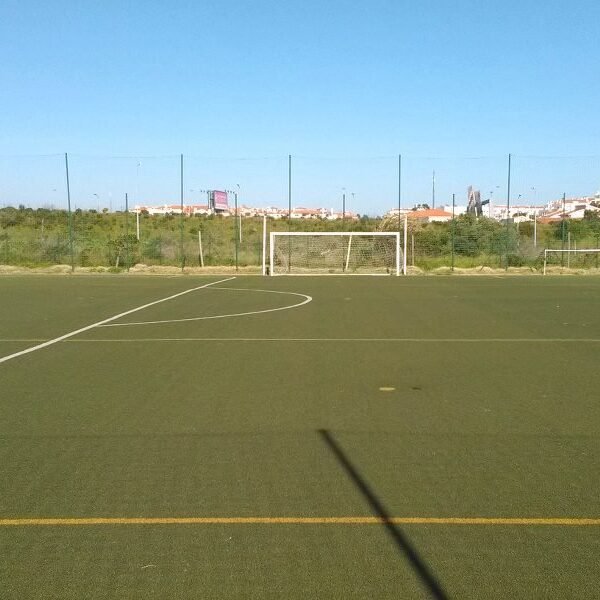 11 A Side Football Pitch Hire Cascais 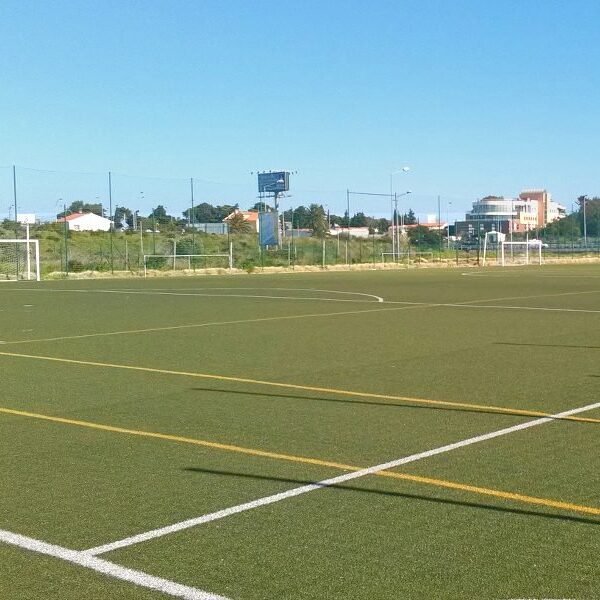 7 A Side Football Pitch Hire Cascais 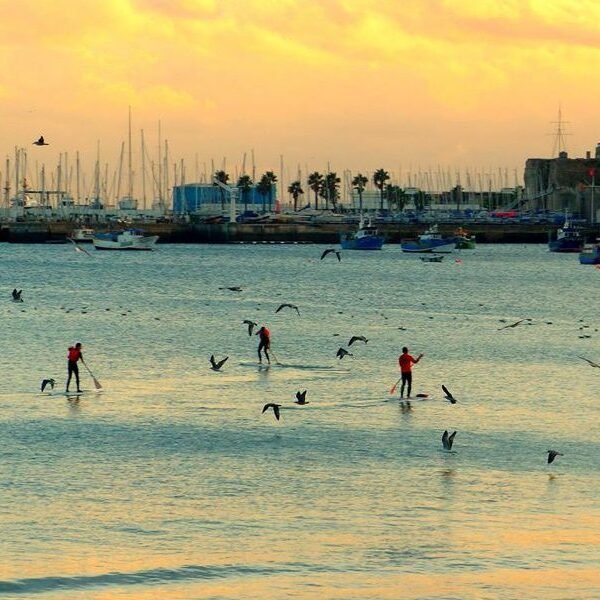 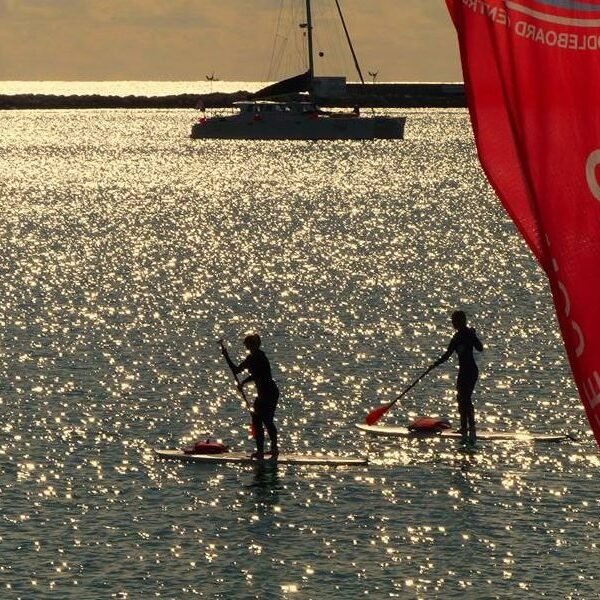 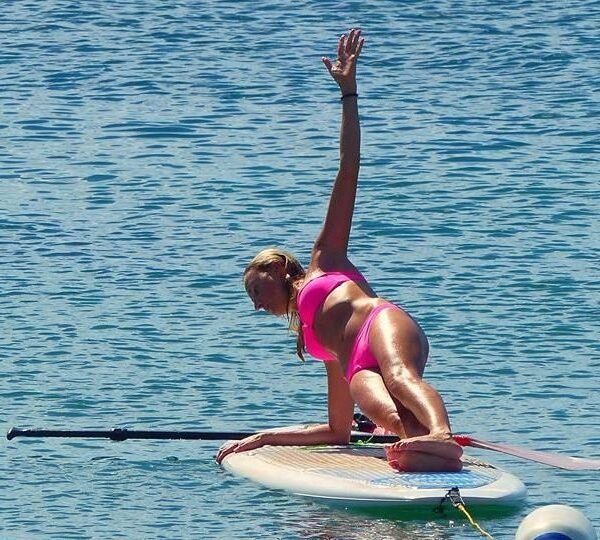 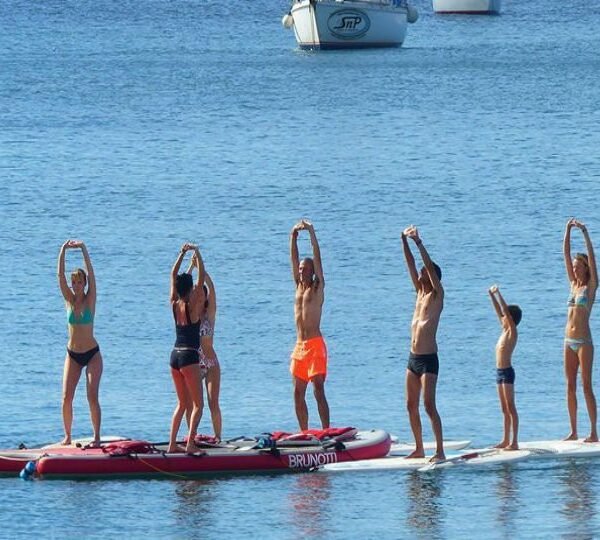 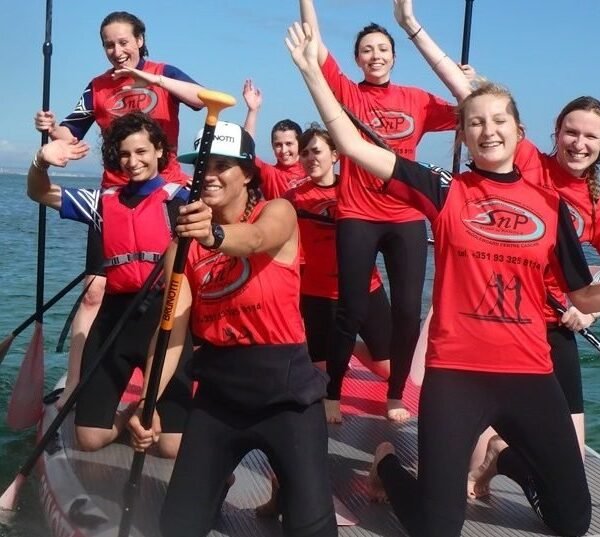 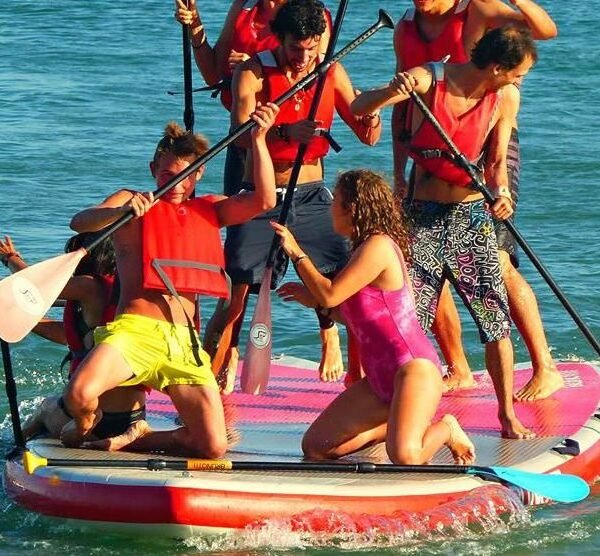 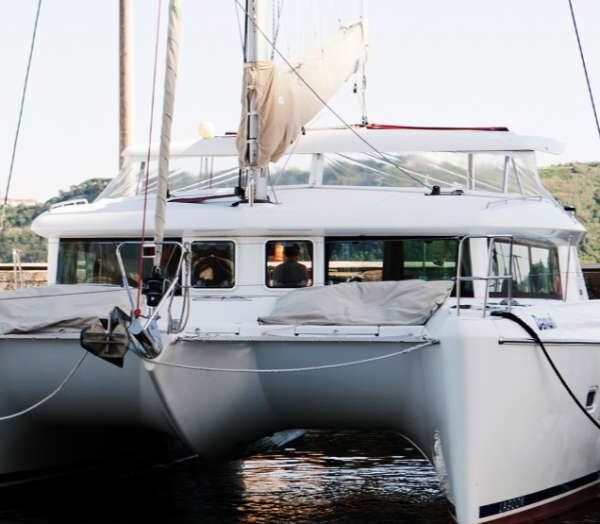 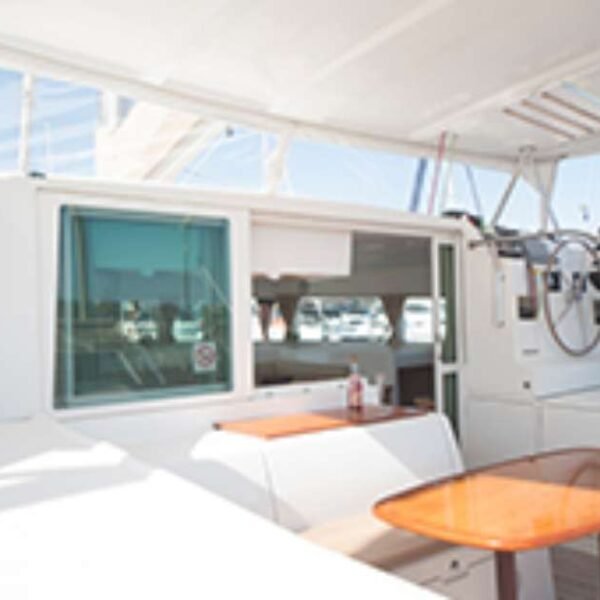 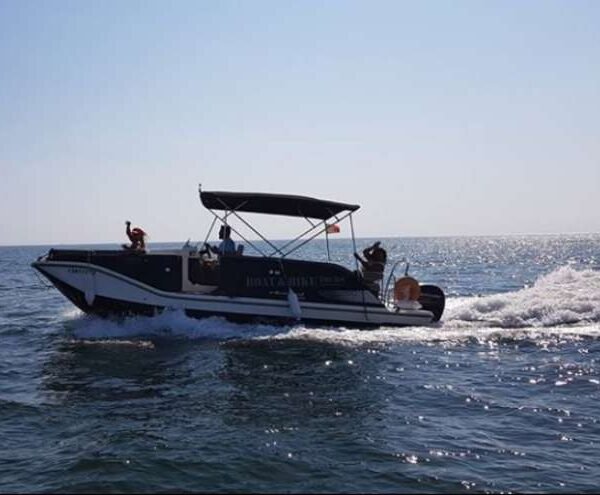 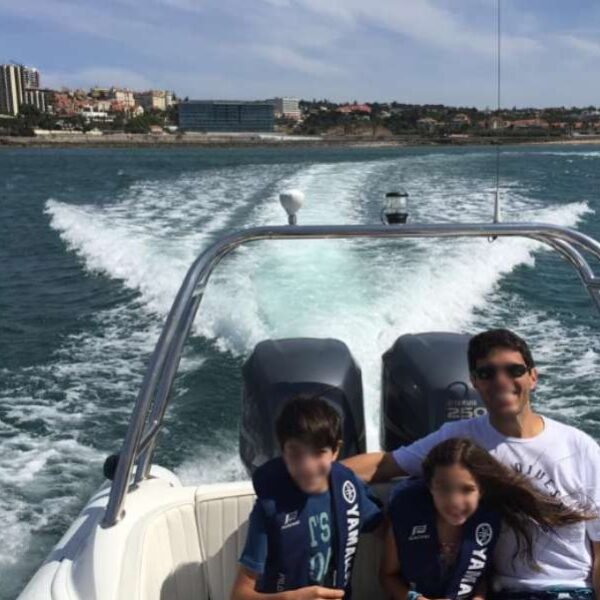 Cascais Powerboat – Groups Up To 12 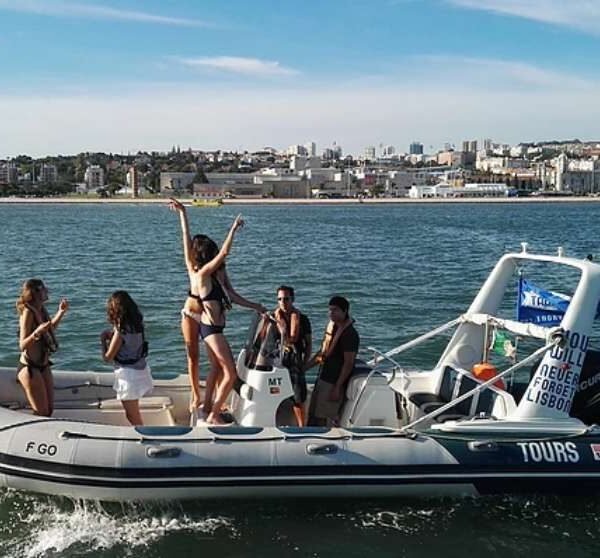 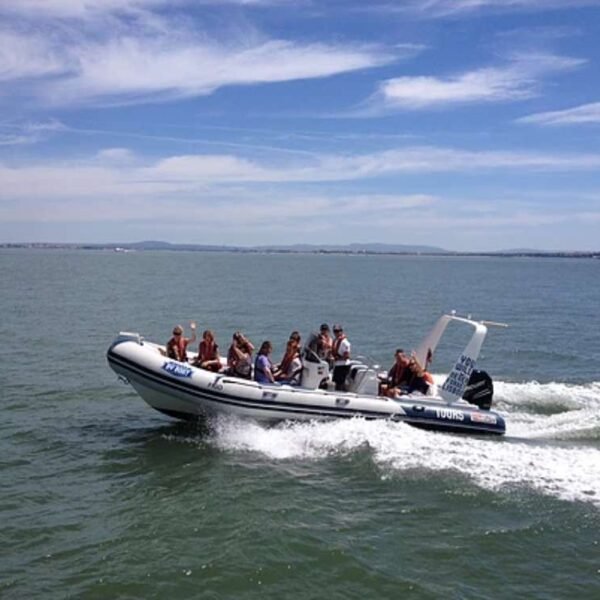 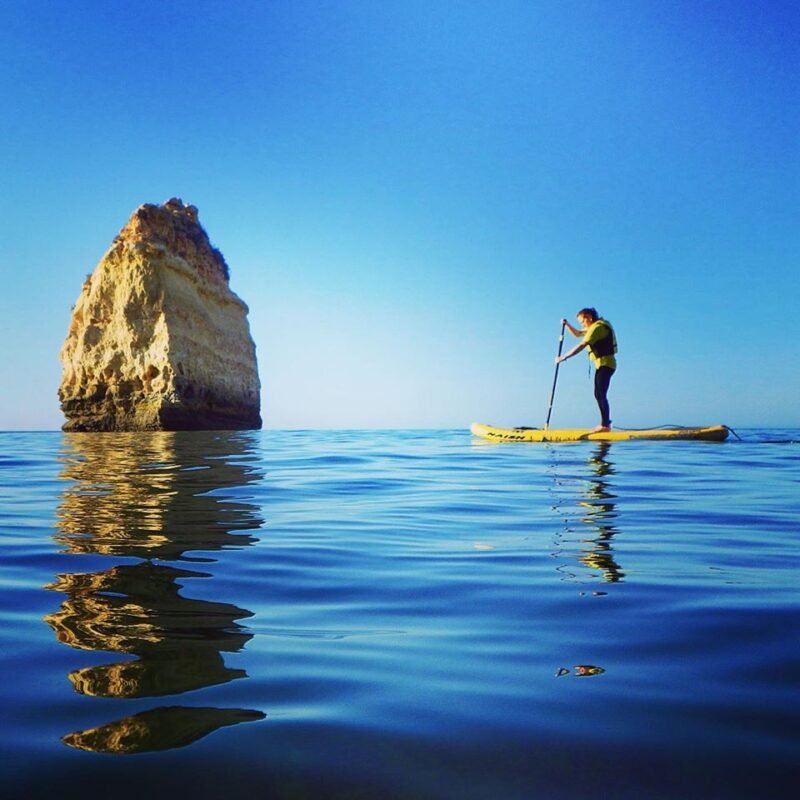 10 Places To Paddle Board Portugal

Activities In Portugal’s 10 Lisbon Fun Facts. Impress your mates and maybe some locals with 10 [...]

6 Things To Do In Aveiro

Aveiro is 40 minutes south of Porto and is the most colourful district in Portugal. [...]

Activities In Portugal’s 10 Rooftop Bars Lisbon, updated for 2022 and in no particular order. [...]

10 Things To Do In Ericeira

6 Things To Do In Cascais

6 Things To Do In Cascais, a beautiful and regal Portuguese seaside town. Cascais is [...]

Lisbon is the only city in Europe with numerous beaches on its literal doorstep and [...] 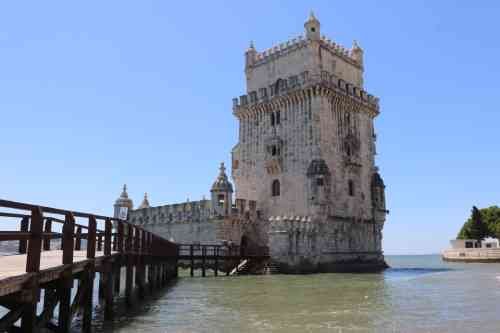 Awesome 10 Things To Do In Belém, Beautiful Lisbon

Belém is located west of the centre of Lisbon and is famous for being the [...]

South of the river in Lisbon is Barreiro. Barreiro is urban, creative and beautiful. Well worth a visit. #lisboa #Barreiro #lisboalovers #lisboacool #lissabon #southofriverlisbon #activitiesinportugal

South of the river in Lisbon is Barreiro. Barreiro is urban, creative and beautiful. Well worth a visit. #lisboa #Barreiro #lisboalovers #graffeti #lissabon #southofriverlisbon #activitiesinportugal

South of the river in Lisbon is Barreiro. Barreiro is urban, creative and beautiful. Well worth a visit. #lisboa #Barreiro #lisboalovers #graffeti #lissabon #southofriverlisbon #activitiesinportugal